Argentina continues living an unprecedented mining growth, same growth that in some way kept us busy during most of the time since the current crisis started. Even though we cannot forget that this boom was mainly powered by investments committed a long time ago, reality shows that the sector has grown in most of the economic indicators: production level, exports, investments, and also in others more tangible for any spectator, such as the number of operating mines.

An example is Gualcamayo, in San Juan province, the youngest mine of the Canadian miner Yamana, that declared commencement of its commercial production in July 2009, was later inaugurated in September with a complete panel of authorities, including the President of Argentina.

How singular is the case of Argentina with respect of other countries of the region? We could say that it depends, an answer widely used in many circumstances but quite true this time. If we analyze from the viewpoint of potential, we are in a privileged condition. According to the 2008/2009 Mining Companies Survey from the Fraser Institute, Argentina’s place considering current potential and best practices is 25th, being placed only after two fellow Latin Americans, Peru and Mexico. Now, when the evaluation combines geological potential with local current mining policy, we fall to the 59th spot, before countries that have serious problems in the development of mining. The difference in ranks clearly shows the missed potential.

In other Latin American countries similar situations arise for several reasons. Last September, during the first edition of the Latin Exploration 2009 conference, we could see that even some of the countries considered as best on this type of rankings, experience complications for reasons such as access to tenements, lack of governmental support, inefficiency in good communication practices, lack of coordination between the sector and the government, lack of cohesion and feeling of oneness as a group, difficulties in attracting investment, among the most common. Inversely, Mexico was held up as an example of the countries where work is being done more efficiently.

It was clear during the presentations that the continent as a whole, both in countries with policies close to the annihilation of the mining sector, as Ecuador or Bolivia, or the usual top listings in rankings, a common weakness is shared: inappropriate communication and diffusion of the activity, and the resultant difficulty in obtaining the social license to operate. This is without a doubt a fundamental factor if mining is to be empowered in the region and in each country. 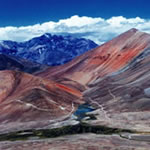 But the final note is positive. Latin America remains a destiny of interest in exploration for many reasons, such as its huge geological potential, political stability in many countries, personal safety, and available communication and infrastructure. Hence, in the best benchmarking strategy –understood as a business practice- we can seize the priceless opportunity to learn from our brother and neighboring countries.

One caveat though: let us only learn the good.

*Ms. Rojas has experience in providing end-to-end geological, new project generation, business management and public relations solutions. She is graduated in Architecture from National University of Tucuman and took an MBA from Catholic University of Cordoba, Argentina. She is currently Manager of the Argentina Mining and Business Development Management of Rojas & Asociados.

Find me on Social Media

Start up founders and owners of assets, I got your back... Join our accelerate mailing list below:

I am writing mostly about

Synergy Resource Capital is an investment and corporate advisory firm focused on natural resources and technology, and based in Sydney.