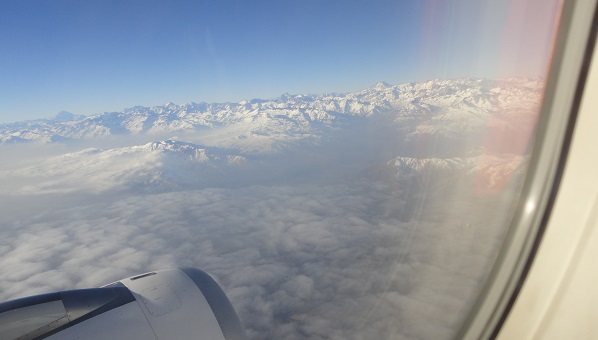 I am a big fan of inspirational quotes. Back in early 2012, as I was making preparations to move to Sydney yet harboring a few small doubts (variations of “Am I doing the right thing?” mostly), a friend sent me this one (which has been usually attributed to Goethe). It was one of the coolest, most inspired things anyone ever said to me, and it set in motion one of the craziest times in my life… amazing things started to happen! And still happen, daily.

Here you go. I am passing it forward =)

“Until one is committed, there is hesitancy, the chance to draw back, always ineffectiveness. Concerning all acts of initiative (and creation), there is one elementary truth, the ignorance of which kills countless ideas and splendid plans: that the moment one definitely commits oneself, then Providence moves too. All sorts of things occur to help one that would never otherwise have occurred. A whole stream of events issues from the decision, raising in one’s favour all manner of unforeseen incidents and meetings and material assistance, which no man could have dreamt would have come his way.

I have learned a deep respect for one of Goethe’s couplets:

Whatever you can do, or dream you can, begin it.
Boldness has genius, power, and magic in it!”

*in reference to Mendoza, where I used to live. Mendoza is a beautiful Argentinean city famous for its Malbec and mountains. It is about 112km from Aconcagua, the highest peak in South America. Here’s a lovely shot flying over the Andes as I started “my Australian story”.

I write about metals, markets, and tech. Sharing insights from my 16 years of investing in and advising remarkable small caps & startups.

Browse around for tips and guides for investors and companies.

If you enjoy my content and are ready for more, see what's available below

Subscribe to read my Sunday insights for free in your inbox

Find me on socials

I'm Paola Rojas. I'm an investor and corporate advisor, focused on emerging mining, energy and tech, private and listed in the Americas and Australia.

I've worked on deals worth over $80m in lithium, gold, silver, and uranium among other metals and sectors.

I'm based in Sydney, originally from Argentina and Chile.