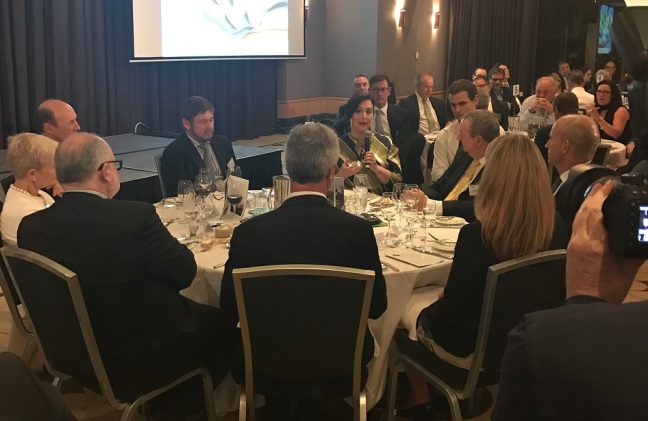 A little over a year ago, I wrote about why I thought it was time for investors to return to Argentina; I shared what was happening after Mauricio Macri took office and what was to be expected, in my opinion. Shortly after, I was also one of the experts interviewed by The Northern Miner, a leading Canadian media organization, for a great piece that covered this resurgence (with follow-on report & seminar, which you can view here). I am an optimist – when you’ve worked in exploration and early stage investment most of your career, well, you’ve gotta be! – but honestly, I came up short. This past year has been a whirlwind.

It was a virtuous confluence of circumstances. A sort of perfect storm -in a good sense- with the spot price of lithium tripling to over 20,000 US per ton at a time when Argentina was starting to open itself again for investment, becoming the front runner within the “Lithium Triangle”, an area that also includes Chile, and Bolivia. This area, as you probably know by now, holds the largest reserves of lithium in the world; Bolivia has been out of minds for investors since its populist leader Evo Morales was elected, and Chile’s has become increasingly difficult for companies looking to develop new lithium projects due to the mineral being “strategic” hence highly regulated.

In concrete terms for the resource sector, a large number of companies entered the country during 2016, with a couple of early starters in late 2015. Many of these firms acquired areas highly prospective for lithium -both brine and hard rock-, as well as gold and other minerals. So far, Canadian and Australian companies are the top two countries of origin among these investors. One of our clients, Millennial Lithium, completed four acquisitions so far, a JV farm-out, and it is investing heavily in advancing its properties; other new players are Neo Lithium, Latin Resources, Pure Energy, just to name a few which joined previous operators Orocobre, Enirgi Group, Lithium Americas and FMC.

The sector is indeed unrecognizable from a year ago. This was also evident at Argentina Mining 2016, held in Salta last September; walking the trade show corridors you could run into foreign executives, institutional investors and even some retail investors, it was a buzz not seen since before the GFC. Also that month, the government held an exclusive event to reach out to global investors considering opportunities in different sectors (dubbed locally as Mini Davos, due to the many VIPs attending). Ross Beaty, Chairman of Pan American Silver, a former client and one of my favorite role models, was there.

Now, what do I see for 2017? Well, three months into the year things are still looking great. I believe there will be many more acquisitions, with some increased JV activity towards the end of the year and definitely lots of funds to be invested into exploration and development, probably returning to levels seen in 2010-11. Canada and Australia are definitely two countries that the Macri administration wants to strengthen bonds with; evidence of this is that Gabriela Michetti, Argentina’s VP, was just in Sydney for an official visit during March (and we sponsored a market briefing and dinner in her honor, proud to say!) as well as a significant presence of Argentinean officials during PDAC 2017 in Toronto, including two governors.

In Jan, Morgan Stanley issued a report that analysed the opportunities unfolding for investors in Argentina, highlighting the completion of the second largest primary emerging-market bond issuance ($16.5 billion) and the real possibility of reaching investment grade by 2020. In fact, last year the country’s debt was upgraded by Fitch, S&P & Moody’s to B, B- and B3 respectively, a level that it hadn’t reached since 2010, when the country had a moderately optimistic outlook and a relatively dynamic investment climate.

Such exciting times ahead! Watch this space, everyone.

Paola Rojas is an investment specialist from Argentina, focused on connecting capital and opportunities in Latin America, mainly in resources and technology. She is Managing Director at Synergy Resource Capital, based in Sydney. She holds a Master of Commerce in Finance, from the University of New South Wales and is an Associate at FINSIA (Financial Services Institute of Australasia).

I write about metals, markets and tech, mainly small caps and startups. Browse around for free tips and guides.

If you enjoy my content and are ready for more, see what's available

Find me on socials

I am writing about

My name is Paola Rojas. I'm an investor and corporate advisor, focused on emerging mining, energy and tech, both private and listed in the Americas and Australia.

During my career, I've participated in deals worth over $80m in lithium, gold, silver, and uranium among other metals and sectors.